Like most of the technology addicted masses, I sleep with my Macbook Pro either on, near or around my bed. I can quickly check emails or IMs that come in or just generally waste my life away and prevent myself from going to sleep, but I can't help it. That's why it's called an addiction. It also allows me to take advantage of some apps while sleeping. Like alarm clocks or listening to music while going to sleep. I have a great Rachmaninov playlist on Spotify that I often listen to while going to sleep, but Spotify plays on forever unless you stop it and going to sleep with music is fine but having music drone on for hours and hours in my sleep isn't what I want.

So there I lay in bed wishing Spotify had a sleep timer. Alas it did not. But! I do have a tiny bit of ingenuity and know-how so I decided to take matters into my own hands. Apple provides a platform for developers to expose functionality of their app programmatically through AppleScript. This allows a very low entry point for anyone to write small scripts to accomplish tasks with the apps they use that those apps may not take care of themselves.

The steps to install this script are pretty straight forward: 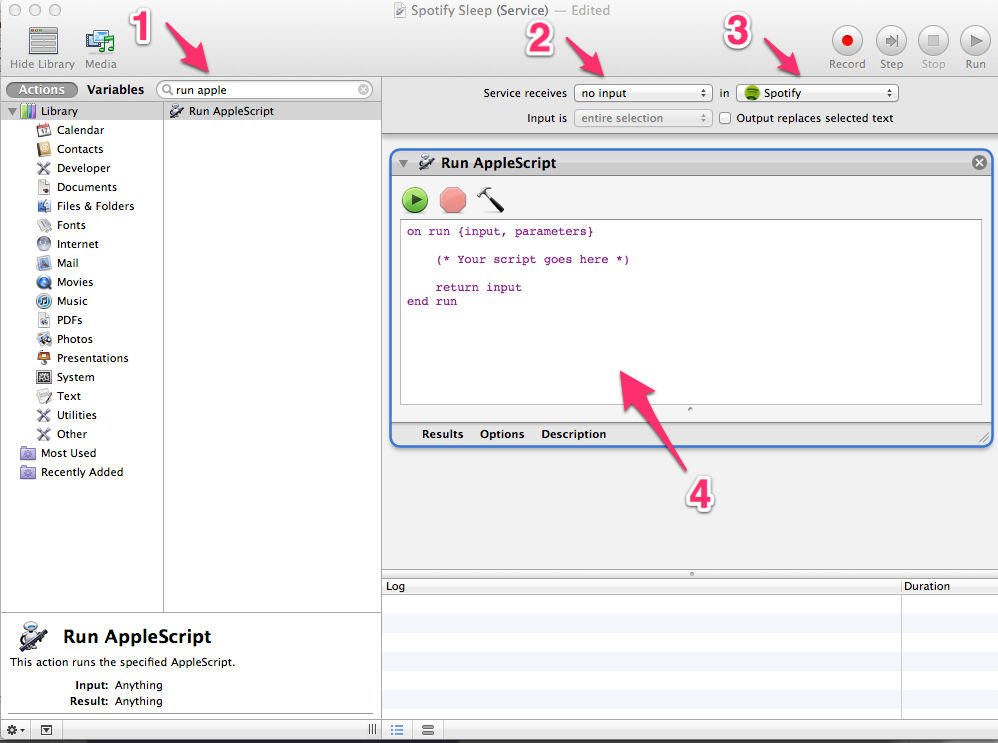 * Save as Spotify Sleep 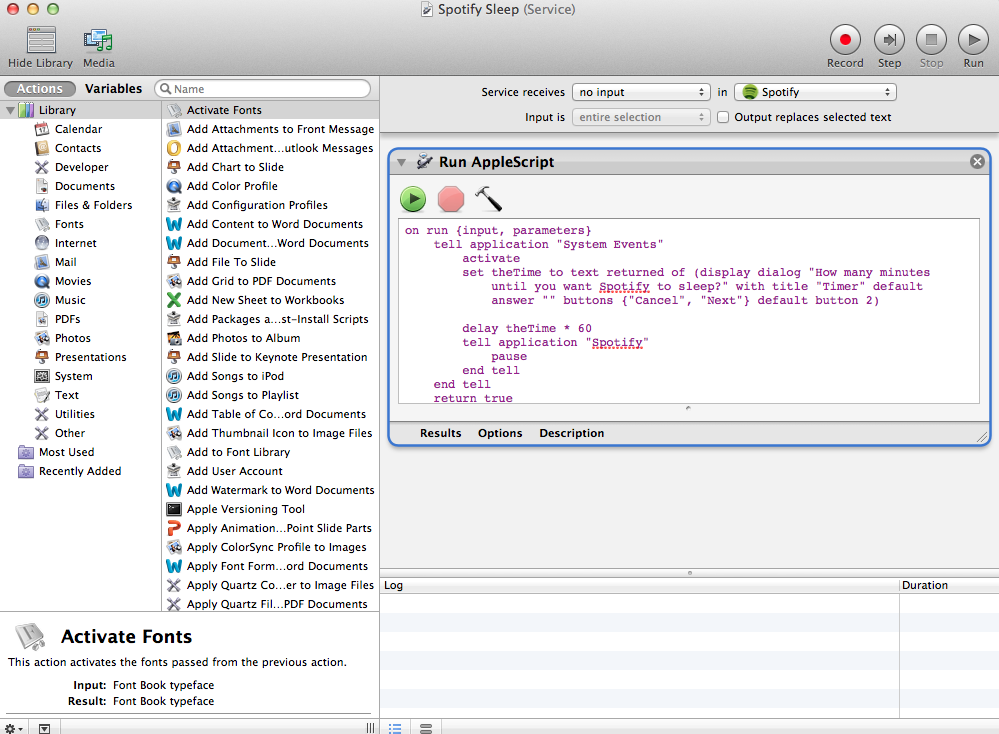 * Go to sleep listening to music Hope you enjoy this little script! If you use it, leave me a comment on this post and let me know. Thanks! And don't forget, if you want something done that someone else hasn't done yet, DO IT YOURSELF!